BACK TO GODHEAD LAUNCHED IN TELUGU LANGUAGE ON KRISHNA JANMASHTAMI-2004

Srila Prabhupada the founder and spiritual guide of the Hare Krishna Movement, started Back to Godhead in the year 1944 to fulfill the desire of his spiritual master, Srila Bhaktisiddhanta Sarasvati who told him to preach the science of Krishna Consciousness to the English speaking world. Srila Prabhupada was determined to succeed where others had failed, and Back to Godhead magazine became a major part of that attempt.

Back to Godhead informs its readers not only of the soul within the body but of the eternal spiritual world where everyone eternally serves the Supreme Personality of Godhead, Krishna . Just as we learn about faraway places on this planet by hearing about them, similarly, we can come to understand the nature of the spiritual world and ultimately go there by reading Back to Godhead. Back to godhead magazine, therefore, is an invitation to return to our eternal, misery-free home. 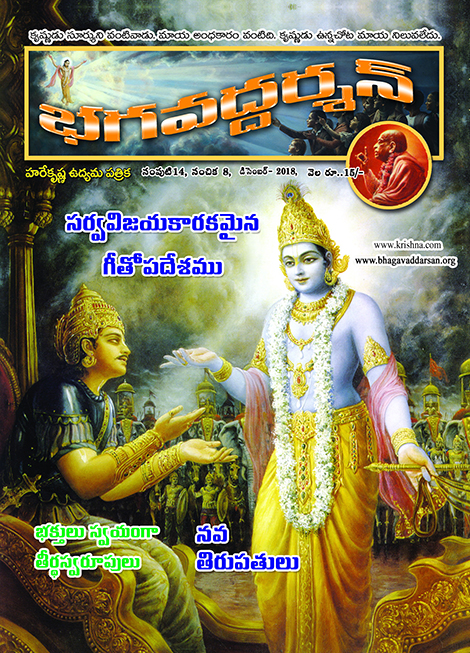